Visual Prayer Experience – A method of utilizing video that invites the viewer into an intentional space for a balance of education/awareness and prayer for a particular issue or organization.  Moving from viewer to participant, rather than just visual consumption.

This video is the first of hopefully many Visual Prayer Experiences.  It 100% finished, yet it’s a concept video.  I’m looking for feedback and critique, but more so for the prayer experience than the visuals.  Drop me a comment with how your responded to it.

We our a culture of consumption.  In regards to TV, online, and mobile video, the average adolescent consumes an average of 4 and 1/2 hours of visual media each day.  Very little of this content is reflectively engaging, and I’ve yet to see much that allows intentional space for reflection.  A Visual Prayer Experience aims to bring about an interactive experience that engages us in spiritual formation by using “visual media” (Proctor) to guide our prayers.  In the example video, there are 5 sections for prayer, each section is introduced with audio and video to provide a frame for which to pray though.  The introduction is followed by a minute of visual silence, with an audio track guiding the time.  Each prayer section has a pausing point for those who would want to pray for a longer period of time.  It may feel like the video is “missing something” at first, but the planned space allows people to become participants, rather than viewers.

If I were to do a survey, I’d wager that the majority of people wouldn’t describe their experience watching TV and videos as sacred space.  There are those rare scenes in movies, and videos to challenge us, but for the most part video can be rather neutral, if not all together destructive to our spiritual self.  Which is a shame, because there is such great potential in the medium of video to be a space for spiritual development.  VPE’s seek to reclaim moments on the computer, phone, and TV, and use them for the Kingdom.

The VPE example illustrates that there needs to be a balanced pedagogical approach to connecting deeply with people.  There is always a level of cognitive knowledge that is passed along with just about any video.  The depth of the cognitive domain really depends on the target audience.  This VPE is designed for people who are already familiar with Rapha House and the issues in Cambodia, so the cognitive domain stays relatively shallow.  But the more people understand, both mentally and visually, about the topic being prayed for, the more they will able to connect with the prayer experience.

The affective domain can often been overused in videos that strive to make an emotional right hook.  The nature of the content sets the tone for the emotional structure in most cases, and with child sex trafficking the emotions are already elevated.  This VPE presents the issues of prayer and the visuals in a way that lets the emotional processing of the participant to drive the affective domains impact through their time in prayer.

A “call to action” is frequently used in TV and video, and this lives within the behavioral domain.  Whether it’s a commercial for deodorant, an advertisement for a non-profit, and a PSA about depression, there is always an intended result.  A standard video about the issues of sex trafficking in Cambodia would call the viewer to donate, get more information, or become an activist.  For VPE’s, the action is contained within the video itself through the guided prayer experiences. 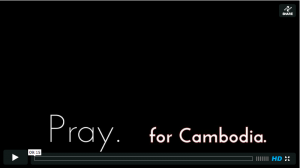 A LOT has happened since my most recent video blog.  The most important being I’ve entered into the final count down.  7 days from now, I’ll be in Cambodia!  I’ve officially started packing my suitcase (though I’ve been packing my camera bag for three weeks!  I’m going to be doing a LOT of filming while in country, at least I hope so.  It’s fully loaded, and the only thing left on my list to acquire is this lens:  Olympus 12mm f/2.0.  If you’re interested in helping me out with that, let me know!).

This should be a video (and you should be able to hear “The Final Countdown” music playing in your head the whole time you’re reading this), but one my my hard drives started to crash today, which meant 1hr+ on the phone fighting my warranty.  I’ll have a new drive tomorrow!

This past Sunday, we had over 70 people attend a Sex Trafficking Awareness event.  Dr. Cyndi Romine from Called To Rescue shared with us about the growing problems in our area.  We’re about two months away from launching a local Anti-Trafficking Task Force.  Here is the video if you’re interested, it’s GREAT stuff (though a little, long, so grab a drink and some kettle chips.  The audio is great!): 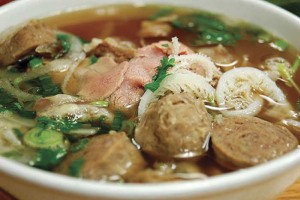 We went to a local Vietnamese restaurant last night (Yi Shen) to let the kids experience a small piece of what the food will be like in Cambodia (the two countries share a lot of culinary similarities… at least that’s what Wikipedia tells me).  We ate pretty basic, but the phở was terrific. They had a really nice market as well, I’m going to swing by tomorrow to grab some snacks for youth group to give them a “taste” of Cambodia.

I met an independent film maker who primarily does documentaries at one of the trafficking meetings I went to on Sunday.  He had some great advice, that has helped to relieve a lot of stress:  Don’t worry about the story, just shoot, and shoot a lot, but only when I want to.  If I try to force a story on my experience before I get there, I’m going to frustrate myself the whole time.  But, if I allow the story to write itself, and allow myself to enter into the experience, rather than just observe from a distance, what I do film will be more worth while.

I’ve got quite a bit left to do:

With a guest appearance from Titus, our second video kicks off with details about two weddings and what Rapha House does, and why they are so awesome. Two weeks from now, I’ll be sorting through customs at LAX, and they heading to Taipei with our team!